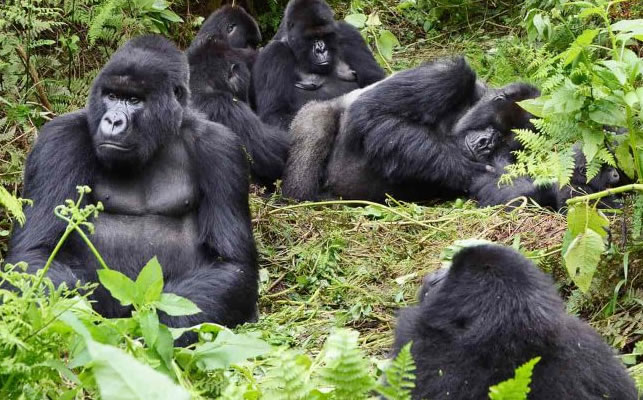 Gorillas are mostly found in the central sub-Sahara Africa. The gorilla’s gestation period is 257 days and they can live to over 50-60 years. The weight of female gorilla is half of the male gorilla. These are herbivorous species that feed on fresh leaves, plants and fruits. They live in a group called a troop and it comprises of over 30 members led by the silverback. 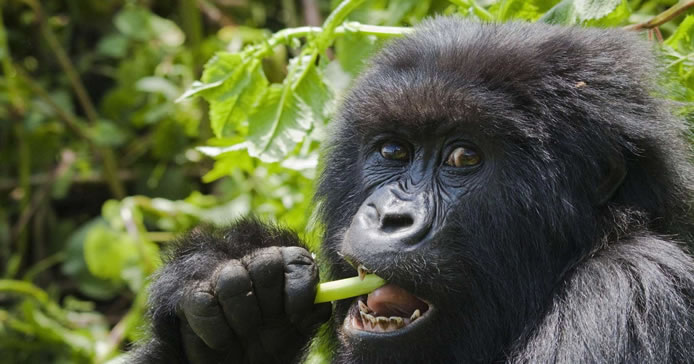 They inhabit in the sub-Sahara Africa and half of the estimated mountain gorillas number is in the Bwindi impenetrable forest and this is the best destination for gorilla expeditions in Africa. They do swing on tree branches ascending from bottom to the top as they move to other branches attracting people’s attention.

They possess over 98.3% of human DNA in that they do similar things like that of a human being. They have hands with big webbed thumbs and can stand on their two legs and sometimes walk upright. In the process of running, they use both the hands and the hind legs. They adapt to human ways for example koko the famous female gorilla known internationally for learning the common sigh language and over 2000 English words.

Gorillas are shy creatures when looked face to face and straight in the eyes. But sometimes when threatened they get aggressive striking back to the opponent in a fierce manner. They make loud grunt roars beating hard their chests when they get angry.

Gorillas are herbivorous hence feed on vegetables, fresh leaves, plants, roots and jungle fruits. Since they spend their entire life in the forest, it’s easier for them to collect the gorilla diet for easy survival in the jungle. It’s believed that gorillas hardly take water but the little water is obtained from the fresh vegetables. 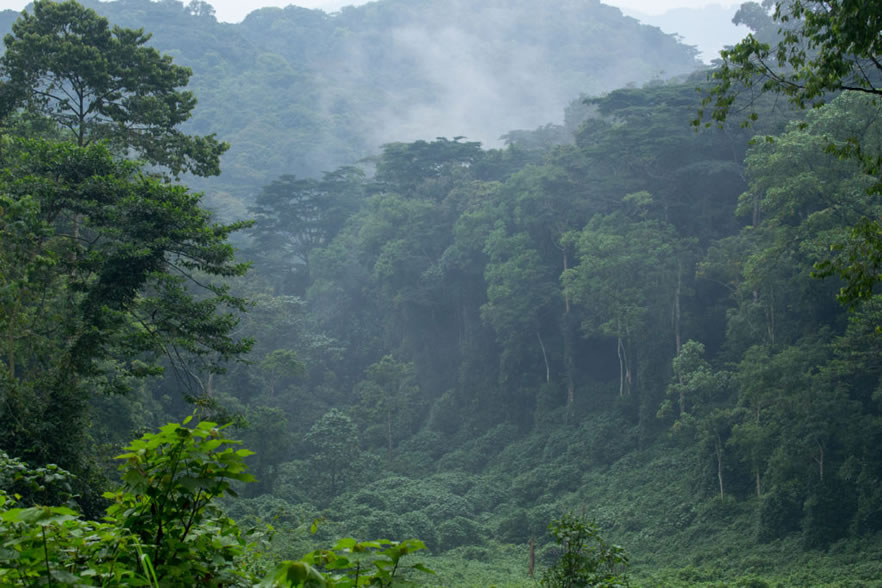 The gestation period of a gorilla is 257 days and they give birth after 4-5 years. It’s very difficult to tell that a gorilla is pregnant because it has a round stomach even after feeding. Gorillas get pregnant at the age of 10 years.

Gorillas are full of emotions when they interact with people. The young ones are friendly and when tickled they laugh and if hurt they cry and show misery. They get excited when they see people and make different sounds to express their joy while others pose when photos are taken.

Some refer to gorillas as terrestrial and others violent according to movies watched such as the Rise of the planet of apes. Their calmness is seen when they don’t compete for territories. Most of their time is spent gathering food across large areas.

Humans are a great threat to gorillas by hunting them for illegal trade and meat. They also encroach on human settlement and industrial activities.

It’s interesting to interact with gorillas. Book a gorilla safari to meet the endangered ranked giants in the East African countries such as Uganda, Rwanda and the Democratic Republic of Congo.